Gosport Ambassadors get together 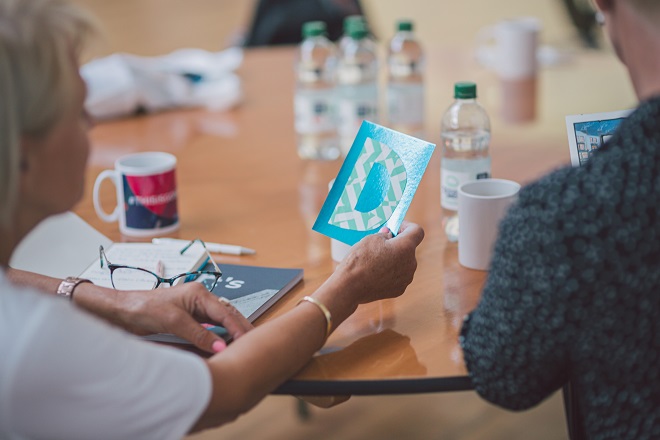 There was a good turn out from the ambassadors and engagement with Gosport’s ambitions to deliver more cultural and heritage activities.

Speaking at the event were the Makers Guild who talked about our joint project to further explore and understand Gosport’s unique alleyways. Earlier this month, they carried out several community workshops and showcased at the meeting some of the creative lettering, that will be used in the final alleyway signs.

Andrew Sugden from Gosport Borough Council, gave a quick update on the other initiatives taking place across Gosport, including the public realm feasibility study which looks at how underused spaces and buildings can be brought to life through art installations and the Imagination Refinery – a new venue proposed for Gosport high street – which will host workshops, co-working spaces, a retail outlet and a pop up museum with Hampshire Cultural Trust.